We offer a variety of interfaces that allow you to effortlessly connect IT systems with SAP.

We offer the following interfaces for the connection between SAP and Coupa (formerly BELLIN) tm5:

Connector for LMCash from SAP → tm5

Connector for TTGL from tm5 → SAP

Connector for LMPlanning from SAP → tm5

Connector for ICBalances from SAP → tm5

The perfect connection of Bloomberg per Security and SAP TRM as well as SAP FAM: Makes sure that your financial transactions meet the regulatory requirements.

As one of the largest market and master data providers, Reuters is often used to supply data to SAP TRM or SAP FAM. Our Reuters DataScope SAP interface allows you to request numerous data types from Reuters DataScope and import them into the SAP system. In doing so, only necessary data is requested, thus reducing the cost of market data supply.

SimCorp Dimension is a standard software that offers numerous functionalities across the entire value chain of capital investment management. In a scenario with SAP TRM/FAM, SimCorp Dimension often takes over tasks in the area of front and middle office, while in SAP TRM as a back office system the accounting is realized, for example, according to IFRS.

COMPIRICUS has implemented a two, productive SCD-SAP interface that enables the automatic exchange of market, master, transaction and position data between both system worlds. This means that data only has to be entered in one system.

The automated import of SWIFT transactions has already been successfully executed by the COMPIRICUS team in over 50 different scenarios. The SWIFT interface solutions enable a modern and fully automated capital investment process at numerous international companies. Not only is the creation and settlement of transactions supported, but in the event of a discrepancy in settlement, the appropriate contract is made possible by means of heuristic search algorithms.

Manual effort is no longer necessary. On 360T, the leading European trading and auction platform for treasury transactions, numerous transactions of the most diverse financial products, such as MM, FX, FRA and IRS, can be executed.
With the COMPIRICUS solution, this 360T transaction data can be imported fully automatically into SAP TRM or SAP FAM.

Thanks to the convenient and fully integrated message monitor, the import process of transaction data into SAP can be monitored and, in case of errors, easily analyzed and repeated.

As an official SAP Development Partner, COMPIRICUS has designed standard products on behalf of SAP in the integration environment and has provided consulting services for four of the five largest insurance companies in Europe regarding integration issues. Our standard solution, the Financial Adapter, is used by three of the five largest European insurance companies for SAP TRM interfaces to help them meet the require­ments of modern investment processes and system integration.

With the COMPIRICUS Financial Adapter® there is a standard product that has been in productive use for more than 15 years and that can really take customer-specific requirements into account.

Many interfaces can be created quickly using standard products and then operated cost-effectively. The effort for release changes and maintenance is significantly reduced.

As an official SAP development partner, we have designed various standard products in the integration environment for SAP.

At a glance – Worth knowing

What are SAP interfaces exactly?

We speak of an SAP interface when data is transferred automatically between an IT system/program and an SAP system on a regular basis.

In the SAP Treasury environment, this can include the following types of data:

In this sense, modern SAP treasury systems should no longer require the user to manually create external mass data; instead, the user always works with current market data, such as security prices, for example. For global SAP treasury platforms, more than 20 different SAP interfaces are implemented by us, as different types of data are imported from different data providers. With the Financial Adapter®, COMPIRICUS offers a standard solution to configure SAP interfaces as well as to implement customer-specific logics.

How do SAP interfaces work?

SAP interfaces usually consist of two adapters and a communication process agreed upon by the supplying and receiving sides. The adapter of the supplying system provides the data e.g. in the form of a file. The transfer then takes place according to the communication process, e.g. via SFTP, etc. In more complex integration scenarios, including cross-company interfaces, middleware is often used for the communication process (including transfer of data). On the receiving side, for example, the Financial Adapter interprets the external values for a value mapping and calls the import functions in the correct logic for SAP.

For whom are SAP interfaces interesting?

For every SAP user who wants to import or export data regularly and automatically into a SAP-TRM/FAM/CML system. The Financial Adapter® is particularly suitable for complex integration scenarios, such as front-office integration, or if several interfaces are to be implemented for an SAP TRM/FAM.

What are the benefits of SAP interfaces?

What are the system requirements?

Customized interfaces can be implemented on all SAP ECC and SAP S/4HANA systems. If standard software such as the Financial Adapter is used, an SAP release of SAP EHP 8 or higher is required.

What deployment options do I have?

Currently we only offer SAP interfaces for SAP ON PREMISE systems. If you need an interface for SAP Cloud products, we can gladly check the possibility.

How much do SAP interfaces cost?

Where are SAP interface in use?

We have implemented over 200 SAP interfaces at more than 50 companies in the last 20 years, including international insurance groups that operate a global treasury platform with SAP-FAM.

We are here for you 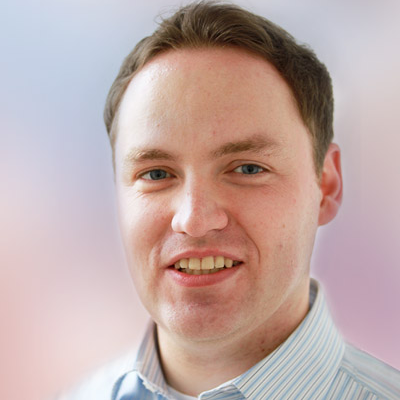 As one of the co-founders of COMPIRICUS AG and also division manager of project development, I am responsible for customized software development and the introduction of COMPIRICUS products. In addition, as Product Owner for the products Financial Adapter, Treasury Data Hub and Process Cockpit, I am your contact person for questions regarding these applications.
At the beginning, my technical focus was on classic SAP development, especially in the area of SAP interfaces, where standard products for the SAP-TRM module were created with the Financial Adapter® and the SAP Correspondence Monitor. As an architect and later as a project manager, I worked for international insurance and industrial companies to implement modern, partly global SAP-TRM platforms in which market, master and transaction data are processed automatically. As a product owner, I realized the first SAP UI5 application with content for SAP-TRM, the Process Cockpit in 2021, which enables one of the largest SAP FAM customers worldwide to automatically process SAP processes.
After studying business informatics at the Technical University of Ilmenau, I started my professional career as an SAP developer in the SAP treasury environment at FACT Business consulting GmbH in 2004. As a senior consultant, I then left FACT Business consulting in 2009 to set up a new company as a co-founder of COMPIRICUS AG and in particular the area of project development.

Do you have any questions? We will be very happy to help you!

Feel free to contact us – by e-mail or phone.